Regular visitors to the Glasgow Royal Concert Hall over the last week during Celtic Connections especially in the morning would not have  missed that the venue was very popular with young children of primary school age in fact hundreds of  youngsters .

On Tuesday morning as Dcr97.4 presenters made preparations to broadcast live from the CMR95FM outside broadcasting studio in the Buchanan suite of the Royal Concert Hall 16,034  primary school children filed into the venue to climb the red carpeted stairs to enter the world of entertainment. For many of the children this would be their very fist experience of live entertainment in a concert venue and for some the first experience of live music performance and on this Tuesday morning Scotland’s most famous FUNBOX where all to ready to entertain.

FUNBOX  no strangers to Dunoon or DCR97.4FM and incidently appearing at the newly refurbished Queen’s Hall on Thursday 23rd August consist of Anya Scott-Rodgers, Gary Coupland and Kevin Macleod bringing a wealth of experience from their days as performers and writers of The Singing Kettle.

After the concert Gary  who with the rest of the Funbox Team are touring in two children’s productions of DINOSAUR SAFARI and ROCKING ALL OVER THE WORLD said it’s always a joy to perform at events like Celtic Connections knowing that for many of the children this is the first introduction of live musical entertainment and shows in the enthusiastic and loud reception the performers receive.

Celtic Connections firmly believes in encouraging Scottish children to enjoy their cultural heritage, which is why one of the key aspects of the festival is the hugely successful award winning Education Programme. This comprises a set of children’s workshops, concerts and tutorials dedicated to nurturing an awareness of traditional Scottish music.

Throughout the festival, pupils and teachers are given the opportunity to attend one of the free concerts for schools at the Glasgow Royal Concert Hall. These feature performances by professional Celtic, traditional and world music artists, allowing many children to enjoy their first experience of live music.

Since 1999 over 200,000 children from all over Scotland (including pupils from over 70% of schools in Glasgow) have benefited from the Education Programme.  In addition to the concerts, a series of taster workshops are run in schools, with professional celtic musicians introducing a variety of traditional means of expression to children, including Scots song, storytelling, Scots and Irish stepdance, and instrumental tuition featuring Celtic instruments, tin whistle, bodhran, fiddle and clarsach. These run throughout the festival in January, and continue throughout the year, ensuring the continued development of awareness of Scottish tradition in schools.
These workshops are delivered free of charge, and are completely inclusive, involving young people with special needs and those who have English as a second language.
You can support this and other areas of the festival by making a donation online when you purchase your tickets. 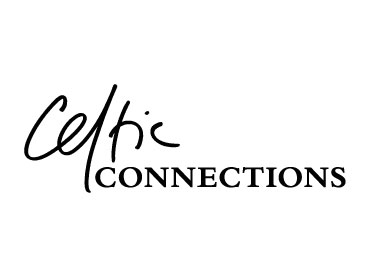